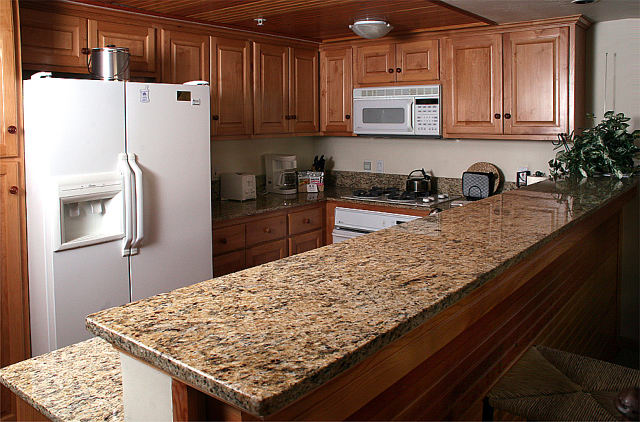 Granite has for long, been the undisputed heavyweight in Kitchen countertops in Toronto. But many homeowners planning a Kitchen upgrade are now willing to look beyond Granite.

Be it for saving some money or opting for a more interesting conversation piece, this trend has shifted the focus to engineered stone or Quartz.

Quartz has always been considered as an alternative choice to Granite. But it is no longer holding the second position. Thanks to its aesthetics and practicality, it is fast overtaking granite as the de facto choice for counter space.

If that sparks your interest and you have decided to research further, then here’s seven things about Quartz that you probably were not aware of.

Quartz is an engineered stone

Quartz countertops are made by mixing naturally occurring Quartz minerals with resin in varying ratios. The most typical ratio is 93% Quartz to 7% resin. The resin binds the crystals together to create, a virtually impregnable surface that remains impervious to heat, stains and scratches.

Quartz is a greener choice than natural stones

Since Quartz is the second more abundant mineral found in the earth’s surface, it is a lot easier to extract as compared to granite, which is available only in selected countries from where, it is container shipped to Toronto and other parts of Canada.

The most important thing that homeowners would like to know is how Quartz performs when lined up against Granite. It is considered to be almost five times harder than Granite. The resin makes it completely non porous for its entire lifespan. So you do not need to reseal it ever. It does not harbour bacteria and is impervious to stains. Does that sum it up?

The Design Choices are abundant

Quartz is available in a virtually endless number of colour options, many of which are as stunning as the most exotic variety of natural stone. And if you are looking for that extra pop, ask the supplier for Quartz slabs with added metal flecks or recycled glass pieces.

Quartz is made in Canada

Unlike natural stone which has to be imported from Italy, Brazil and Africa, you can choose Canadian made Quartz mined in Toronto, Ontario and Quebec. Not only does it reduce the environmental footprint, it also helps you to contribute to the economy.

Due to its tremendous durability, it can be used in a wide range of applications. From the fireplace surround to the laundry room and even outdoor kitchens in your Toronto home, Quartz can be used anywhere. Have you ever considered using a single slab of stone for the shower enclosure or the backsplash? It is completely possible with Quartz.

Quartz is one of the few materials that allows you the convenience of maintenance-free usage. Apart from regular cleaning, it rarely demands your attention. No sealing or waxing needed unless you notice that the colour of the countertop has started to fade.

So when you go countertop shopping, do take time and check out Quartz. It may be just what you wanted for your Toronto home.